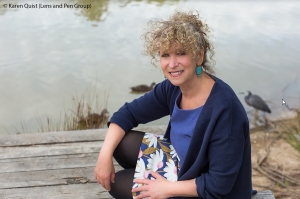 Today I’m delighted to bring you an interview with Leah Kaminsky. Leah is an award-winning Australian writer whose published work includes fiction, non-fiction and poetry. Her second novel, The Hollow Bones, has just come out with Penguin Random House Australia. Set just before World War Two, The Hollow Bones tells an extraordinary, gripping story of obsession and ambition, recreating a bizarre SS-sponsored expedition made by German scientists to Tibet, aimed at proving the Himalayan origins of the ‘Aryan race’. With its beautiful evocations of nature and complexity of characterisation juxtaposed with chilling depictions of Nazi racism and lunatic ideas in action, this is a potent novel which explores many disturbing themes, with a light yet deep touch.

First of all, Leah, congratulations on the publication of The Hollow Bones! It’s an amazing and memorable novel and must have taken a great deal of work. Can you tell us something about its genesis, and how you went about researching the background of the novel?

Thanks for those kind words, Sophie. It really has been an interesting journey researching and writing THE HOLLOW BONES over the last 3-4 years. I first came across the material that sparked the idea behind the book while researching my last novel, THE WAITING ROOM, in which I touched on the critical role physicians played in the Third Reich during WWII. As a doctor myself, I have always been fascinated by the beauty of science, so I was gobsmacked when I stumbled across World Ice Theory, or Welteislehre, a pseudoscientific idea postulated by a steam train engineer, Hanns Hörbinger, that became the platform of the Reich in the 1930s, embraced by the German populace as well as high ranking politicians such as Himmler and Hitler. The Nazis banned the teaching of Einstein’s Theory of Relativity on the basis that it was considered ‘Jewish science’. The ice crystal became known as the building block of the universe, based on a bogus belief that the sun was the only star in the sky. Hörbinger postulated that an icy moon crashed to earth thousands of years ago, destroying the civilisation of Atlantis, which lay buried under the Himalayas. I was fascinated and horrified to learn of a German expedition to Tibet of a group of SS scientists, sponsored by Himmler himself, sought to uncover the true origins of the Nordic Aryan race amongst the Tibetan peoples. This little-known story of their leader, 26- year-old zoologist Ernst Schäfer, drew me in as I tried to imagine what sort of man would go to such lengths in the pursuit of academic success and admiration of his peers.

Main character Ernst Schäfer is a complex person—a lover of nature and a ruthless hunter, a man who can show a kind of tenderness towards people like his wife’s disabled sister Margarete, yet whose cold ambition leads him to appalling acts; a man of science who dissents privately about the ridiculous ‘scientific’ theories of the Nazis yet who is quite prepared to serve the regime for his own benefit. Tells us something about how you created his character.

I wanted to look at the complexity of someone growing up in pre-War Germany, and the inherent moral choices confronting individuals as they witnessed the dramatic changes taking place around them. Ernst Schäfer, a forgotten character in history, spent most afternoons of his childhood exploring the forest of Thuringia which lay on the edge of his tiny village. Early on, he became a keen collector and hunter, filling his room with a menagerie of creatures. I was interested to see how this childhood innocence and passion for nature could go so terribly wrong. I read widely, looking at the history of the Third Reich and the SS through personal stories. I painstakingly translated Schäfer’s books, field diaries and letters from the original German, my research taking me to dark places I have always been fearful of exploring. As the daughter of a Holocaust survivor, I went way past my comfort zone in an attempt to examine what leads a man to tread the treacherous terrain of moral compromise. I trawled the archives of the Academy of Natural Sciences in Philadelphia, finding photos, documents and even detailed equipment lists and invoices for Schafer’s earlier expeditions to Tibet.

‘Science is pure and elegant in itself, not a pony to be ridden around a circus ring,’ Ernst tells a scoffing Bruno, a fellow researcher and member of the expedition, at one point. Yet despite this lofty private attitude, Ernst publicly kowtows to Nazi pseudoscience to further his own obsessions and ambitions. It’s a perfect example of what happens when the line between science and politics is blurred too far. Can you expand on that?

Yes. I think that’s what struck me so much about these little-known events. Even though it all happened in pre-war Germany and Tibet, it is so relevant today. The story of the corruption that occurs when science and politics become bedfellows is still palpable today, with contemporary debates raging around climate change and sustainability, as well as animal rights. 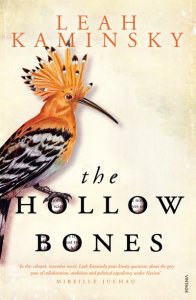 The juxtaposition between Nazi Germany and traditional Tibet is very striking: how did you go about evoking those very different settings and atmosphere?

I initially applied for funding that might enable me to travel to Berlin and Tibet to help with research. When the funding didn’t come through I thought I might need to drop the project. Then I remembered the words of my dear, late friend, the painter Yosl Bergner, who told me he could never visit the places he painted as it would ruin his imagined vision of them. I realised then that the places I was writing about no longer existed – their histories couldn’t be suspended in time. So, I set about visiting Tibet and Germany of the 1930s through books, photos and old film recordings, in a kind of virtual tour of the imagination. This brought my settings to life for me. In a strange way, I think literature lets you visit places that no longer exist. I think visiting modern-day Tibet and Germany may have spoilt my initial vision.

The passages featuring the enigmatic and touching figure of Panda, taken from Wild to be in the Glass country, lend a touch of whimsical fantasy which nevertheless has a serious purpose. Can you tell us something about that?

I visited the library at Academy of Natural Sciences in Philadelphia while I was on my US book tour for The Waiting Room. While I was there, I walked around the dioramas and was shown through the archives and storage in the basement. I came across a four-month-old taxidermied panda that Ernst Schäfer had shot on one of his earlier joint American-German expeditions to Tibet. I felt so sad learning about the background to how this panda ended up at the museum. Several months later, I was at Varuna, the Writer’s House, on a fellowship I was awarded by the wonderful magazine Griffith Review. The tiny voice of Panda insisted on being heard. I tried to ignore it at first, thinking it was a bit strange to have a stuffed animal’s POV I the book, but it took over and became the beating heart of the novel.

Most of the characters in the novel are based on real historical figures—not only Ernst, his team, and his wife Herta, but also major Nazi leaders of the most monstrous kind. What kinds of challenges did you find in recreating encounters such as those Ernst has with Himmler and Göring?

The biggest challenge really was to find the voice of Schäfer’s first wife, Herta. I found so much information about all the other real-life characters, which enabled me to inhabit them relatively easily. I was very aware of not wanting to make them caricatures – they needed to mirror my protagonist, Ernst Schäfer. Herta was the only one who seemed to have disappeared entirely from history. This was in reality a gift, because it allowed me to imagine who she might have been – a woman with a moral conscience living inside an ideological nightmare, watching the man she loved make choices she disagreed with. She and Panda are the only true fictional characters in the book, and also play the role of moral commentators, checking the emotional temperature of those around them.

Many prominent Nazis, especially but not only Himmler, were greatly influenced by fringe and occult elements: by esoteric mish-mash philosophers, quack anthropologists, amateur mythologists, self-proclaimed psychics and mystics and so on, as well as pseudo-scientists. How did you research this aspect of the regime, and how do you think this occult attraction fed into their racist, supremacist ideology?

Reading about the wackiness of all these pseudoscientific and occult beliefs, held by leaders such as Himmler and Hitler, sometimes had me laughing out loud. Until, that is, I began to understand the powerful impact these ideas had on the Reich’s platform which upheld expansionism, racist ideology, genocide, as well as forced sterilisation and involuntary euthanasia of those with mental health issues and disabilities. The Ahnenerbe, or Ancestral heritage organisation, established in 1935 under the auspices of Himmler as an offshoot of the SS, was dedicated to proving that Germans were direct descendants of the Nordic Aryan race, which fed directly into Nazi ideology and its gruesome results. The existence of a school that trained dogs to ‘talk’ and tap out the alphabet, so they could participate in espionage for the gestapo, sounds like something straight out of a comedy, but Hitler took all this very seriously. The slippery slope of #fakefacts into popular belief is especially evident today.

The Nazis became, at least in the West, an image of pure evil, an aberrant and alien phenomenon. That image could distract from the reality of what happened—and make people complacent. And sometimes was evoked inappropriately, lessening the impact of that reality. Today, as the generations to actually go through that period die and revisionists attempt to re-interpretations, how do you think society can guard against the threat of forgetfulness? Can we really learn from the past?

I don’t believe in the concept of pure good and pure evil. The most dangerous state to my mind is complacency and indifference. I think we are doomed to repeat history if we don’t learn from it. It frightens me that recent surveys show that 5% of people in the UK are outright Holocaust deniers. In the US, 65% of millennials and 41% of the general population have never heard of Auschwitz. I think education is the key to understanding our differences and engendering tolerance and compassion. And of course, as a writer, I believe in the power of literature to change people’s lives. The Nazis understood the power of the written word, so much so that they burnt books that didn’t fit their twisted world view.