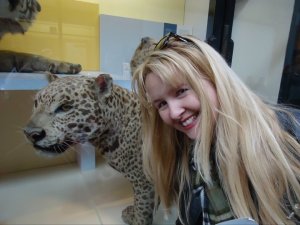 The book industry has changed a great deal over the last ten years or so, and self-publishing, or going it alone as an independent author, is something that has grown phenomenally during that time. It certainly no longer has the stigma once associated with it. It’s not only debut authors who go the independent route: many established authors, including, in Australia, such well-known writers as Isobelle Carmody, Steven Herrick and Hazel Edwards have all experimented with it for various projects, as indeed I have, with a couple of ebooks of short pieces produced with my micro-press Sixteen Press. But some writers choose to go the independent route not just for an experiment, but because they prefer it. And now there’s an organisation to support them: The Alliance of Independent Authors, or ALLI, which started and is based in the USA but which has chapters in several countries, including Australia.

I first came across it as one does, through a glancing mention in an internet article on publishing, and, intrigued, wanted to find out more. And so today I’m speaking to author Rebecca Lang, the Australian representative of ALLI, about the organisation and what it does.

The Alliance of Independent Authors (ALLi) is a fairly new organisation, isn’t it? Can you tell us a bit about how and why it started? And how long have you personally been involved?

ALLi was founded in 2012, I have been a member since the organisation’s inception, but I have personally been self-publishing since 2010.

I spent several years writing a book with my partner on Australian folklore – a niche interest area at the best of time – and shopped it around to a couple of Australian publishers, receiving a somewhat lukewarm response. As I used to work in newspapers as a journalist and editor, I decided to have a go at creating and project managing my own publication, and co-opted another friend into designing the book cover. I was really pleased with the end result. To date, I have produced three books and have another two in the pipeline this year, including my first foray into fiction.

I have also worked with other authors to guide and advise them on their own publishing journeys, editing books, refining book ‘blurbs’, assessing the quality of book covers, and creating successful marketing strategies.

As a writer and self-publisher I think my ALLi membership is one of the best investments I have ever made. Through ALLi I have been inspired, supported and most importantly connected to a community that by its very nature is ‘disruptive’ – it’s all about shaking up the publishing model to allow fresh and diverse voices to be heard.

Self-publishing – actually, ‘author-publishing’ is probably a better term given the number of hybrid and traditional authors who have now adopted the model (including successful children’s authors Cornelia Funke, and J.K. Rowling – the latter selling her Harry Potter ebooks exclusively through her Pottermore.com website) – tends to attract dynamic and energetic people who have a strong creative drive. I think it’s this passion to succeed that authors need to get their work into print and into the hands and minds of readers. After all, it’s a highly competitive industry.

What does membership of ALLi offer to authors?

There’s a real esprit de corps, and its membership is highly informed about all the latest publishing developments in business and technology.

And it’s quite a diverse crowd – you have romance and fantasy writers rubbing shoulders, and authors of non-fiction and fiction keeping company and swapping marketing advice. And it’s not just writers. ALLi also counts graphic designers, editors, copywriters and publicists among its members.

I would go so far as to say an ALLi membership is almost compulsory if you’re going to strike out on your own and navigate the publishing trail. Why wouldn’t you tap into the best author-publishing network in the world?

What are ALLi’s relationships with other author organisations, such as, in Australia, the Australian Society of Authors (ASA), the Society of Children’s Book Writers and Illustrators (SCBWI) and others, such as the Writers’ Centres?

There have been some early discussions with some of these groups, but author-publishing is still in many ways in its infancy in Australia, despite being a successful pathway for many now ‘traditional’ authors including the likes of thriller writer Matthew Reilly (Contest), sci-fi author Simon Haynes (his first three Hal Spacejock novels), cookbook authors Rachel Bermingham and Kim McCosker (of 4 Ingredients fame), Frank Hardy (Power Without Glory), and Patrick White (Flaws In The Glass).

ALLi is very much about encouraging its membership to not only produce quality, professional products but to use the channels open to them to more effectively market their books. ALLi welcomes professional partnerships with likeminded organisations.

Over the years I have been a member of the NSW Writers’ Centre, the NSW Society of Editors and the Society of Women Writers, and have attended countless writing festivals around Australia. I see real value in writers coming together to seriously tackle the business of writing – not just mastering it, celebrating it and sharing it, but actually coming to grips with the nuts and bolts of marketing it, selling it (into foreign markets and on multiple platforms), and navigating the world of digital publishing. This is where ALLi excels.

I’d love to see more Australian author-centric organisations embrace, include and work with ALLi members and the author-publishing model.

As the Australian representative for what is an international grouping of independent authors, how do you see your role? And what kinds of things have you participated in?

Being a regional representative involves raising awareness about ALLi’s services and getting involved in Australian publishing life. Most importantly, it’s about helping to build a network of writers and author-publishers to share knowledge and champion each other’s work.

I have been involved with quite a few online conferences and blogs, but I would welcome the opportunity to speak with Australian writing groups, centres and organisations about the benefits of ALLi membership, the role of author-publishing, and the business of being an author.

What’s planned for ALLi in the future?

ALLi has quite a few irons in the fire for 2016, chief among them the free Indie Author Fringe events, featuring some of the world’s most successful self-published authors.
Indie Author Fringe (formerly known as IndieReCon) offers FREE online one-day conferences for any authors interested in self-publishing.

Over the course of 2016, ALLi will take authors through the entire indie author journey, from writing to promotion and beyond. There are three planned online international events in 2016 on the heels of London Book Fair (April 12th-14th 2016), Book Expo America (May 11th-13th 2016) and Frankfurt Book Fair (19th-23rd October 2016). But it doesn’t matter where you are in the world, if you have an internet connection you can join in.

Thanks Sophie for the chance to share what ALLI does. It’s a really exciting time to be a writer involved in self-publishing!