PublicationJuly 1st, 2020
The Snowman's Wish, my picture book with the fabulous illustrator Ronak Taher, will be published by Dirt Lane Press in July. 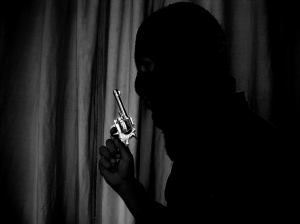 The other day, I had one of those amazing story-style vivid dreams that when you wake up, you know is going to feature in a novel or story. And that’s exactly what’s happened: it’s gone into the Trinity sequel, and in doing so has pretty much cracked a particular problem I had with part of the plot. Those kinds of dreams are gifts, and they come rarely; but even smaller, less powerful dreams can help to enrich your writing, and so today I thought I’d reproduce on this blog, a workshop piece about how to best make use of those dreamy opportunities for your fiction! I first wrote it as a blog post some time ago, and it’s also been republished in my non-fiction ebook, By the Book: Tips of the Trade for Writers.

From time immemorial, human beings have dreamed–every night we go into what one of my sons’ friends once referred to as ‘those brilliant eight hours of free entertainment.’ And from time immemorial, writers have used images or scenes from dreams, or entire dreams, to enrich and expand their creative work in waking life. I’m certainly no exception. My night-imagination has always enriched my day-imagination. Several of my short stories have started directly as dreams, for example, ‘Restless’, a chilling ghost story I wrote not long ago, began as a really creepy and unforgettable nightmare. Another disturbing story, ‘The Spanish Wife’, a vampire story set in the 1930’s, started as a dream in which someone said, very clearly, ‘No-one took any notice of him till he brought home a Spanish wife,’ and that turned into the very first sentence of the short story. Images and scenes from dreams have also gone into my novels, and in one case, a very vivid and intriguing dream inspired an entire six-book children’s fantasy series of mine, the Thomas Trew series. It’s not always fantasy or supernatural stories that have sprung out of dream-compost for me, though; everything from family stories to thrillers to historical novels has benefited from it.
Over the years, I’ve learned quite a few techniques on how to best use vivid, scary, tantalising or intriguing dream sequences in my writing, and how to investigate them for best effects. Here’s a short workshop based on some of the techniques I’ve developed over the years:

*Think of a dream you’ve had. Any dream. It doesn’t have to be anything
exciting or unusual. Go back over the dream-scenes, as if you were a police witness being asked to remember an event. Who was in it? What did they look like? What were they wearing?
Were they people you knew or strangers? Were there any animals in it? What sort? What was the setting like? Indoors, outdoors? What could you see? Smell? Touch? Hear? Taste even? What were you in it—a participant, a helpless observer, a godlike figure?

*If you did something supernatural, like flying, what did it feel like, physically? (I’ve often had flying dreams and in them I feel a strong pull in the chest, arms stretching. Once I even woke up with what felt like an actual slight ache in the arm muscles—very spooky indeed!)
*Were there any machines in your dream? If so, what sort?
*Did anyone speak, and if so what did they say? Many dreams in my experience are like silent movies, with thought-subtitles and maybe some music, but a few have dialogue, even if it’s often minimalistic and quite enigmatic.
* Knowledge: Do you know why you were in that particular place, at that time? If you had some supernatural ability, did you know why? If there are interesting objects or gadgets in the setting of your dream, do you know what they can do, and why, and who made or used them? Backstory is very often missing in dreams, but is very important in a story, even if you only spend a few lines on it.
*Now, once you’ve written down as many descriptive details as you can about what was there in the
dream, think about what wasn’t there, and write that down. While you were dreaming, did you
know for instance why you or other people were doing things(even if it was a kind of weird dream-logic?) Did you understand the sequence of events? Was there a sense the dream was moving towards some conclusion, or just randomly jumping about? Motive, continuity and plot—all very important in actual stories—are often missing from dreams.
*Think of your own self in the dream, however you appeared in it: did you
recognise yourself? Did you feel it was fully you or something that was only partly you, or a stranger? Did characters behave randomly? Character development is usually absent in dreams
too though it very much needs to be present in a story.
*What about the setting? Were there things missing: for instance, if you were in a house, were there doors? Windows? Furniture? If you were outside, was anything odd: for instance trees growing upside down, or a wall of water appearing out of nowhere?
*Now put those two things together—the things that were there, the ones that weren’t—and you have the beginnings of a real story framework, where the wild imagination of the night and the more disciplined one of the day cross-fertilise and turn into something amazing and wonderful.