Publication day of my forthcoming historical novel for childrenMarch 1, 2022
Official release and publication party for A Hundred Words for Butterfly! 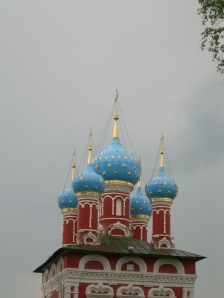 I’m excitedly awaiting the release on November 13 of my new adult novel, and first book in the Trinity series. Trinity: Book 1, Koldun Code, (published by Momentum) is a gripping, distinctive novel that’s part pulse-pounding conspiracy thriller, part erotically-charged romance, and part supernatural mystery, set in modern Russia. And in this brand-new blog, I want to explore some of the background and inspirations for the book.

Trinity grew out of a very long fascination of mine with Russia and its extraordinary culture. I’ve loved it since I was eleven years old and read and re-read Jules Verne’s thrilling, atmospheric Russian-set adventure story, Michel Strogoff. Progressing rapidly as a teenager from that to the Russian greats—Dostoevsky, Chekhov, Tolstoy, Gogol, Bulgakov, amongst others—with side excursions into the richness of Russian fairytale and folklore, and influenced moreover by my French father’s longtime interest in both Russian icons and Russian music( a good deal of my childhood is set to the soundtrack of the Red Army Choir) I had conceived an idea of an extraordinary country and a culture that went far beyond the alternately dull and scary Cold War headlines we saw in the newspapers every day. Brought up in an anti-Communist family (despite Dad’s love of the Red Army Choir!), I was nevertheless deeply attracted by Russia and her extraordinary cultural and historical paradoxes: grandeur and intimacy, magic and brutal realism, wild romance and complex intellectualism, beauty and terror, warmth and ruthlessness, tenderness and black humour. I loved it both because it was headily unfamiliar, and yet deeply familiar in ways I could hardly articulate, but that struck echoes deep within my being.
But though I dreamed of going to Russia, the Iron Curtain made it seem just that, a dream. As a young person, the idea of going on strictly-supervised tours extolling Soviet ‘achievements’ did not appeal to me in the slightest, and even when the Soviet regime began first to relax its grip, and then in short order to fall to pieces and disappear, the hurly-burly of personal and professional life made the dreamed-of trip seem even less of a reality. The ‘horror stories’ of the 90’s, with the threat of gangs and casual violence as well as discomfort and incompetence, didn’t help either. So for a long time, I just kept thinking about it, watching Russian films, and films about Russia.I wrote a fantasy novel, The Firebird, based on the classic Russian fairytale, and introduced Russian characters into other novels. And I kept reading,(and still do!) discovering in the process wildly diverse modern Russian writers such as Andrei Makine(beautiful meditative novels about the Soviet past), Alexandra Marinina(ex-cop turned writer’s tough crime novels)Sergei Lukyanenko(gripping urban fantasy sagas) Zakhar Prilepin(gritty political fiction) and others. And then, in 2010, finally, I made my first visit to Russia.

That year, a little spooked by the consistently—and unfairly– negative images of modern Russia in the western media, as well as by our inability to speak Russian beyond three or four stock phrases (Preeviet! Kak dila? Spasiba!), we decided to go on a cruise, rather than go by ourselves as is our normal wont. Despite our initial reservations about group tours, the cruise proved to be not only very enjoyable but the perfect introduction to the country, giving us not only a taste of a fair number of places, from the great cities of Moscow and St Petersburg to marvellous historic provincial towns and villages, but also exposing us to grand natural scenery and unusual sights that you only get while travelling along waterways rather than roads. In the old days, in fact, it was water transport that predominated in this vast country, as the roads were boneshaking horrors(and many still are!)
In some ways indeed it was like being back in the pages of Michel Strogoff, where so much of the hero’s journey had been by water, and as a first experience it touched me very deeply. Everything was so vivid, each sensual impression, each small experience, each casual conversation and observation intensely meaningful, and worthy of being exhaustively recorded in my journal as my long second-hand exposure to all things Russian merged with the stunning reality of actually being there, in this country which I’d imagined for so long that it had become a part of my deepest personal references. Far from not measuring up to those imaginative expectations, however, the reality of Russia had exceeded them: so that even the great ugliness which existed alongside the fairytale beauty became an indispensable part of an unforgettable experience.

One afternoon, in the historic town of Uglich, on the Volga, sitting in a hot room in the little wooden kremlin(the word means citadel) by the side of the river, not far from the gorgeous cathedral of St Dimitri, I burst into tears as I listened to a four-man choir singing traditional Russian songs in glorious, unaccompanied male voices. Tears of deep pleasure because of the beauty of the voices and the surroundings: but also tears of pure excitement. Something was stirring in my story-heart, I knew that..

In the glorious cathedral of St Dimitri on the Blood in Uglich, we heard the sad story of poor little prince Dimitri, last surviving son of Ivan Grozny, Ivan the Terrible, who died on this very spot. And the strange story of the bell whose ringing announced a rebellion against the usurping regent Boris Godunov, and so it was tried for treason, had its tongue cut out and was exiled to Siberia from which it only recently returned! And in the cathedral shop I bought  a lovely little reproduction of the famous Trinity icon by the legendary 15th century icon painter Andrei Rublev, much to the beaming approval of the babushka behind the counter, who with sign language told me that it was the feast-time of the Trinity that week. That icon was to become a very great inspiration..

Walking by the Volga, dodging the clouds of mosquitoes that come out in their dive-bombing squadrons in spring, we saw fishermen, and rowers, and thought of how much this waterway had inspired so many legends. We also took a long walk, on our own, a little away from the river, through the old part of the town which still preserves much of its original beauty, even if shabby at times. Here were streets lined with old and new wooden houses, many of which were decorated with gorgeous ‘gingerbread’ style carvings and other charming little touches; past shabbily pretty churches whose peeling walls only seemed to accentuate the flaunting beauty of their green and silver and blue domes. It was May, a beautiful spring time despite the grey skies of the provinces(it had been extraordinarily blue and bright in Moscow, in contrast), and the verges of the road where we walked were covered in lush long green grass, threaded with hundreds of spring flowers, with silver birch sentinels in new leaf standing guard. We walked down one road where the less-than-perfect bitumen ended in a little path heading into a belt of trees, and then, going in a different direction, walked past a large house behind electronically guarded gates, a place that spoke of more wealth than most of the other houses we’d seen. We walked through the markets in the riverside park, a park which as well as the war memorial you nearly always see in Russian parks, featured an ancient tractor proudly displayed behind a grille, much to the interest of my country boy of a husband, who loves vintage machines, especially tractors! And we met many people along our walk, each of whom looked at us and nodded at our hesitant, ‘Preeviet‘, but who clearly wondered who we were and what we were doing–individual foreign tourists not being a common sight in Russia generally, not even in Moscow, and even less so in the provinces. And then on the edges of the market, we came across an old lady with silver hair under her headscarf, and milky-blue, half-blind eyes, shyly selling fragrant bunches of lily of the valley under the protective eye of one of the market-stall vendors. ‘She is very special lady,’ the stall keeper told us, in good but heavily accented English.  We bought some flowers from the old lady, she smiled at us, her strange eyes unfocussed yet intent, and I took a photo, knowing at that moment that this small instant would reappear in my writing. That it had a significance well beyond its apparent ordinariness and simplicity.
That proved to be the case, for as soon as I got home, I began work on the research and planning that was to culminate in the creation of Trinity.

One thought on “Trinity’s Russian setting 1: Uglich and the Volga”