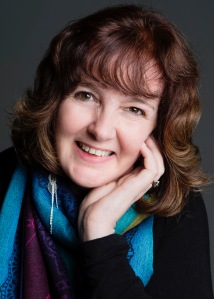 Today I’m very pleased to welcome Dee White to my blog to talk about her new historical novel for children, Beyond Belief, which was published by Scholastic Australia in April.

A Story of Hope in Troubled Times

People have likened the current pandemic to life during WW2, but it’s different. Covid-19 is an unseen enemy. Where I live, there are no marching soldiers with guns or snarling dogs chasing us down the street, filling our waking hours and our sleep with terror.

That’s the life my main character Ruben has to endure in my new historical fiction, Beyond Belief, after Paris is invaded. It’s 1942, just after the Vel D’hiv roundup when more than 13,000 Jews were arrested and taken to the Vélodrome d’Hiver (Winter Velodrome) before being transported to concentration camps and killed.

Ruben is one of the lucky ones who flees his home before he and his parents can be arrested. Although he’s a fictitious character, his story is inspired by true events. After the arrest of so many men, women and children, the Algerian Muslims of Paris decided that something must be done. They offered protection to Jews and gave them false identities and helped them escape the city.

Ruben is one of the children who seeks refuge at the Mosque and there he must change his name to Abdul and learn to pass himself off as a Muslim. If his true identity is discovered, he’ll be killed and so will those trying to save him. Even if Ruben escapes Paris, that won’t be the end of his story. Nowhere in France is safe for Jews.

Although Ruben’s life is hard, it has hope – and not just for Ruben, but for the whole of mankind. I wanted this story of interfaith solidarity and support to be about humanity and how strong people are when we unite – and we can make it through adversity if we help each other. I started writing this story four years ago, but here we are in adversity, working together to make it through.

Ruben has to endure hardship and it changes him as a person, but he emerges stronger and more resilient. War is hard. I haven’t glossed over that. But there is hope, that tomorrow things can be different and although it’s a new reality and we emerge changed from hardship, the pieces can be rebuilt.

Although I wrote Beyond Belief for children, adults are connecting with it too. One adult reader wrote to me and said, “I loved the book: despite the suffering and loss experienced by the children, there was such courage and an underlying spirituality and wisdom passed on to them by their parents and the Muslim community. This imbued them with amazing strength.”

I spent a month in Paris researching Beyond Belief. I wanted to walk in my main character, Ruben’s shoes and write his story with authenticity and understanding.  And I wanted to reflect the experiences of all the Jews, gypsies and people with mental and physical illnesses who became victims of Hitler and if they survived, suffered lifelong trauma. My father was one of them.

You can find out more about Beyond Belief and my personal journey writing this book, at my website www.deescribe.com.au my Youtube channel https://www.youtube.com/channel/UC9kDJT5Al7QknKwpCYd09oQ

and at DeeWhiteAuthor on social media.