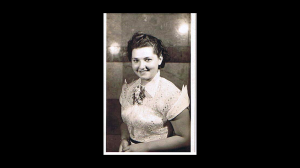 I didn’t really start writing my own stuff until quite late in life. Somehow there was nothing in my schooling that encouraged any form of creativity. If ever I tried to write an essay that contained a story, I was actively discouraged, told to leave that to ‘proper’ writers. We kids were instructed to keep to discursive essays.

So what I did when I was young, and still do when life gets me down, is read. And all that reading produced a wealth of imagination. I had always been a voracious reader. But when I was a kid reading was considered ‘a big waste of time’ when one ought to be doing something more ‘useful’. I got into so much trouble for always having a book with me, in fact was almost expelled from a small private school for calling the sewing teacher (I hated sewing)  a ’fat pig’ when she caught me reading under the desk instead of learning to hemstitch.

I read everything I could lay my hands on. Looking back, some books would have been regarded as inappropriate, such as ‘The Body’s Rapture’ by Jules Romains which I found in my mother’s bookshelf.   It did explain something about sex to a generation kept in blissful ignorance.

So my first true experience with writing came in my third year at university when, between countless and very boring essays, one assignment was to write a play. That was it. I fell in love with writing.

One would think all that early reading would have encouraged me to write wonderfully well right from the start. Unfortunately, that didn’t happen. I started with adult short stories, even had one accepted by ‘The Australian Literary Supplement’ that was never actually printed. But given I was now teaching English and History to secondary students and at the time there was so little written for kids in an Aussie setting I had a go at my first novel.

I don’t have it any more. All I can say is that it had a very long title – this was fashionable at the time – and questionable plot and characters. I remember when asked by a publisher what it was about, being left totally tongue tied.

What did fall into my lap was being commissioned by Greenhouse Publications in the early 90’s to write young adult novels.

I was given very specific instructions. They had to be no more than thirty two thousand words. The setting was to be contemporary. Though the story should show girls becoming more empowered – this was at the height of women’s lib – it must contain some romantic element.

Such specific instructions meant I had something to hang onto, as back then there were no creative writing classes. If it was still a matter of hit and miss, I had a terrific editor who ‘fixed up’ my mistakes.

So my very first novel called ‘EVERYTHING CHANGES’, and written under the pseudonym Gerri Lapin, opens like this:

“Christie and I pushed our way through the group of people milling about the noticeboard, then headed toward the canteen.

‘I saw that film on video last year’, Christie was saying. ‘The girls wear fab fifties gear; tight pants, dresses with necklines right down to here,’ she pointed to a spot barely above her waist, ’Tiny waists and full skirts.’

We found Christie’s boyfriend Wayne, sprawled out on a chair, halfway through a Mars bar. ‘How about Donabel putting on its own production?’ Christie asked, flopping down beside him.  ‘Jo reckons we should get into it.’

Of course it had some romantic twists though everything ended in a satisfying way. I was so proud of my first novel that I showed it to all my friends. I remember one telling me he had picked it up in a bookshop.

He gave me a disdainful look. ‘Hardly,’ he said. ‘Not the sort of stuff that interests me.’

Ah well. Those books gave me, and quite a number of other well known writers, the start we needed. Since then, I have never stopped writing.

Goldie Alexander writes award winning short stories, articles, radio scripts, plays and books. Her novels are published both in Australia and overseas for readers of all ages. Her latest book, a fantasy/scifi novel for older children, is Cybertricks. Her books for adults include: ‘The Grevillea Murder Mysteries’ ‘Lilbet’s Romance’,  Dessi’s Romance’, ‘Penelope’s Ghost

and ‘Mentoring Your Memoir’. Her first YA novel ‘Mavis Road Medley’ was a Notable CBCA, was shortlisted for by the Office of Multi-Cultural Affairs and is listed as one of the best YA books in the Victorian State Library. Her best known book for children is: ‘My Australian Story: Surviving Sydney Cove’. Her fiction for children includes three collections of short stories and several mysteries, fantasies and science fictions. Her other historical fictions include: ‘The Youngest Cameleer’, ‘That Stranger Next Door’, My Holocaust Story: Hanna’ and the verse novel ‘In Hades’. She has also co-authored a non-fiction book, The Business of Writing for Young People, with fellow writer Hazel Edwards.