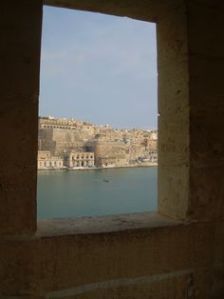 I love writing novels. And fantasy in particular, in its big breadth of genre, from heroic to urban, magical realism to paranormal romance,  fairytale thrillers to vampire and zombie sagas, to name just a few, lends itself to the big canvas. But I love to have a holiday sometimes with the slimmer fantastic, the short story. Not only can it be easier to sell—some types of fantastical narrative, like the ghost story, seem to work even better in short than long form—there are many more great short stories in that genre than there are novels(the possible reasons why would be a whole essay in itself!) But it’s not just the ghost story that can trip the short fantastic: all kinds of fantasy and supernatural genres can lend themselves very well to the short-story form, even epic fantasy, and here I’d like to pass on a few tips I’ve learned over the years of having had many short stories published–some of which are collected together in my e-book, The Great Deep and Other Tales of the Uncanny.

*Remember you don’t have time to build up a detailed setting, but must still plunge your reader directly into atmosphere. Use a setting you already know well, and can sketch in quickly.

*Direct use of a single source is very effective.
Focus straight not only on one story, but on one strand of one story: for instance, the reaction of a single sailor from Odysseus’ crew, turned into a beast on Circe’s island; the feelings of Andromeda, chained on her rock in the ocean.

*Think about focussing on minor characters, rather than major heroes.
This is especially so when you’re using big myths as your background. For my Arthurian short story, ‘The Common Dish’, I used the voice of a very humble character, the anonymous sister-in-law of Sir Agravain, to tell the story of those who are left behind in the great Grail Quest, but who nevertheless learn very important truths.

*If you’re going to write about major heroes, focus on revealing his/her character.
The short story is probably one of the most emotional forms of all. Revealing character, though, doesn’t mean being talky; it means allowing the character to come through effectively, in action as well as reflection.

*Choose one event as the pivot for your story.
This is not the form for lots of sub-plots, though it’s perfectly possible to have more than one narrative stream.

*A twist at the end is always nice—but not always absolutely necessary. You do need some kind of good ‘payoff’ however. And though you don’t need to ’round off’ everything—I always think a good disturbing shock at the end of a story works well, the ‘oh no’ kind of moment—you do need to give the reader a feeling of satisfaction, and not leave things dangling. It’s annoying in a novel—even more so in a short story!